Davidson is a NSW State electorate on Sydney’s North Shore. It covers an area of 74.71 square kilometres and has a total population of 73,000 with 54,999 people enrolled to vote. 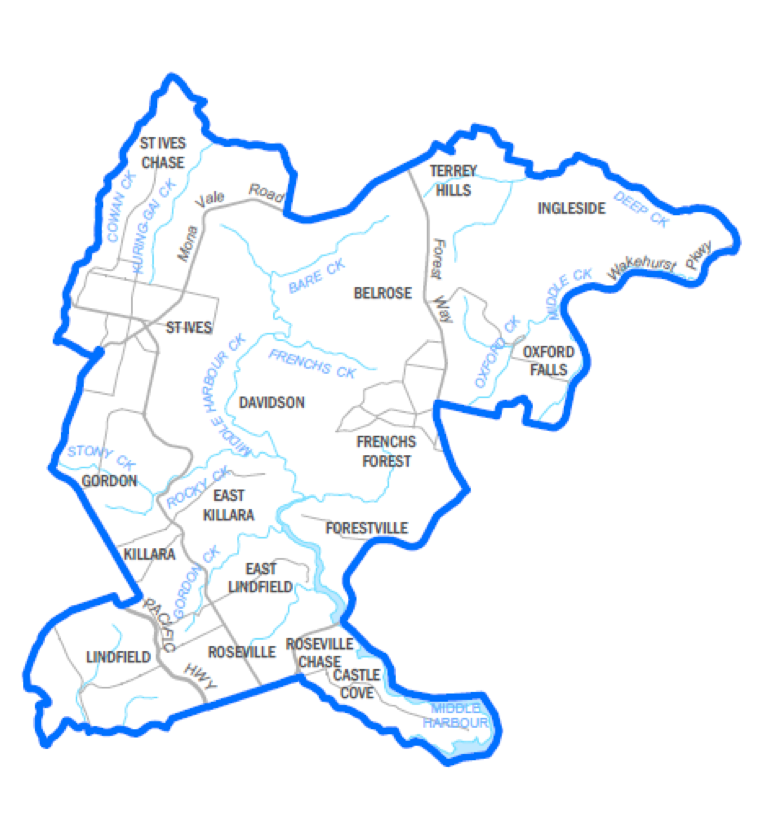 To find out if you are in the electorate the NSW Electoral Commission has a handy ‘Find My Electorate’ search tool here.

Garigal National Park is the geographical heart of the Davidson electorate and falls on either side of Middle Harbour Creek as it makes its way south from Mona Vale Road, Belrose, down to the Roseville Bridge, Middle Harbour and Castle Cove.

The electorate has great natural assets, including all or part of three national parks: Ku-ring-gai Chase, Garigal and Lane Cove. With boundaries along the Lane Cove River, on Middle Harbour and on the edge of Narrabeen Lagoon there are many surprising changes of scenery to enjoy. There is even a tiny beach at Echo Point in Roseville Chase.

The electorate has a wonderful range of outdoor recreation facilities with parks, playgrounds, sports fields, golf, tennis, bowling clubs as well as bushwalking trails in the national parks.